One of the benefits we have here at Celluloid Junkie is that smart people and innovative companies knock on our doors all the time with products and services for some of the industry’s most confounding problems. Writing about such issues and their solutions has proven to be a great way to gain an in-depth knowledge of both.

Compiling a case study on a relatively new service that Cinemex, a leading Mexican theatre chain, has deployed at no financial cost to assist them with specific digital cinema operations is a perfect example. During our recent interview with Rajesh Ramachandran, the President and CTO of Qube Cinema, Inc. we learned a great deal more about one of its current flagship products; Qube Wire.

In part, Qube Wire is a free platform designed to solve one of the industry’s self inflicted headaches; the trusted device list (TDL) of secure digital cinema equipment in each venue and the facility list message (FLM) meant to communicate the TDL to approved third parties. The need for such a service is predicated on an industry specified security mechanism that requires a key delivery message (KDM) to unlock digital content on a specific playback device during an assigned period of time.

Though other industries have long since overcome such security obstacles, I have always been fascinated how motion picture exhibitors and distributors declined to adopt a federated global TDL. Instead, the industry is filled with service companies that compile, maintain and fiercely guard their own individual TDLs so that they can be used as a competitive differentiator. So when Qube asked whether I could help them write a case study on a successful implementation of Qube Wire I jumped at the chance provided it could be done from an objective viewpoint. (Full disclosure: I was paid for my services).

To be sure, Qube isn’t the only company to offer TDL and KDM services via an extensive platform, Arts Alliance Media and Deluxe Technicolor Digital Cinema (DTDC) launched a comparable offering in July. However, as I discovered in writing the case study, Cinemex provides a real world instance of such a service in action on a sizable scale. We were given permission to give CJ readers an advance peak at some of what we learned as the study is prepared for publication shorty.

Cinemex Background
Over the last 23 years Cinemex has grown from a single movie theatre in Mexico City to a chain that now operates 2,861 screens in 332 complexes located throughout Mexico. In 2017, the circuit began operations in the United States. Cinemex plans to continue developing its international footprint by moving into the European Union and continuing to expand in the U.S. through its CMX brand, a chain of upscale, luxury cinemas. A team of more than 14,000 employees oversees the company’s daily operations.

An Industry-Wide Challenge
For an exhibitor like Cinemex, or of any size frankly, keeping track of digital cinema equipment throughout a circuit is a never-ending chore. Most often there are two playback devices – a server and a projector – for every screen. In November 2017, Cinemex was keeping track of model numbers, serial numbers, software versions and, most importantly, security certificates, for 5234 playback devices (2,695 servers and 2,539 projectors) across its network.

As is often the case with exhibitors, this information was being maintained manually by multiple Cinemex personnel through text documents, Microsoft Excel spreadsheets and similar methods. If a playback device was removed from a theatre or new equipment brought in, records would need to be manually updated and sometimes there was uncertainty about which version of the device list was the most recent. As many theatre operators have discovered in the age of digital cinema, this can become a problem when content service providers request an FLM to make keys for upcoming releases being sent to a specific theatre. Cinemex received such requests on a routine basis and would distribute their device list as a spreadsheet.

Sometimes the wrong key would get delivered to one of the company’s multiplexes when equipment had to be moved after the trusted device list had been distributed; a common occurrence in modern day cinemas. Such instances are why content service providers like DTDC and Motion Picture Solutions have begun requesting machine-generated Extended Facility List Messages, as standardized in SMPTE ST 430-16, to be transmitted to them using the FLM-x protocol standardized by SMPZTE ST 430-15. Thus, Cinemex needed to find a way to compile and distribute an accurate FLM for its entire circuit and publish it to multiple service providers through a single FLM-x feed.

In addition, Cinemex required a solution that would centralize the receipt and management of its keys. Originally, content and keys were delivered to a Cinemex theatre, they arrived via hard drive and email respectively. There was no way for a service provider to track or automatically confirm delivery and no way for Cinemex to manage the keys within a complex throughout the playback period. Because keys were being delivered to individual theatre email addresses there was no way for Cinemex personnel to easily recover a key should it go missing and the original email be unavailable without contacting the appropriate service provider to request a replacement key.

These challenges are not unique to Cinemex. Cinema operators around the globe have discovered receiving and managing keys on a theatre-by-theatre basis is rather inefficient and prone to errors. 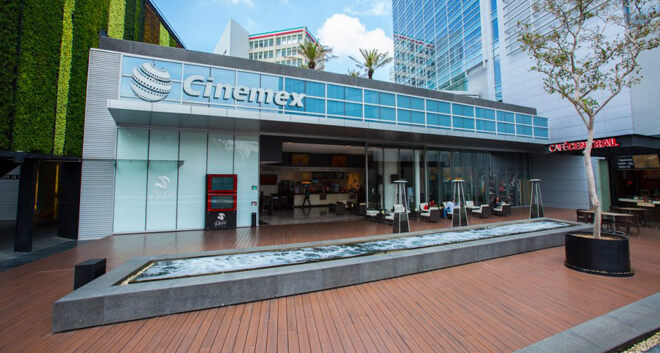 Implementing A Solution
Cinemex began working with Qube in November of 2017 to implement a pilot of Qube Wire. Cinemex first provided Qube with their multiple facility device lists so that it could be cross referenced against the global trusted device list Qube has been maintaining for over a decade (and which is now found in Qube Wire). Once all of Cinemex’s devices were confirmed within Qube Wire an FLM-x feed for the entire circuit’s devices was automatically created. This feed was then shared via secure URL with content service providers for real time updates. Those providers that cannot automatically import the FLM-x feed could download a CSV file instead.

Qube then confirmed with chosen third party service providers that the FLM-x feed was working as intended. The process to launch the pilot took 12 days. Cinemex employees now have access to a secure web user interface to provide incremental updates, and as one might expect with on any platform, the company has its own administrator overseeing all their Qube Wire accounts.

With Qube Wire up and running at Cinemex, the exhibitor instructed content service providers and distributors to send keys to a single email address, dropbox@qubewire.com. When keys are sent to this address, Qube Wire directs them to the right theatre based on the email stored in the system’s database.

Qube then extended what is a fairly straight forward KDM routing functionality to include what it has dubbed a Universal Inbox, where all of Cinemex’s keys are stored and can be managed, even after they’ve been forwarded on to the theatre. This meant Cinemex was able solve its key management demands as well as its original goal of untangling their trusted device lists so that they could publish a circuit-wide FLM-x feed.

Measuring Results
Qube Wire was fully implemented at Cinemex by the end of January of this year. To find out if the system reduced the amount of time the chain spent dealing with its TDL and managing keys, as designed and intended, I reached out to Aldo Sánchez González, the Manager of Projection for Cinemex.

He told me via email in August that, to date, Qube Wire “reduces the time of response and increases the accuracy of our TDL. Now, that it is easier and faster to update, the information is more reliable and always available.”

According to Sánchez González, it used to take almost a month to for Cinemex to update its TDL and that most of the time updated information on devices wasn’t available making it unreliable. Once Cinemex personnel got used to the Qube Wire system it began taking less than an hour to update the circuit’s TDL with its thousands of digital cinema devices and so far it has been more accurate.

He reports that not every content service provider has begun accepting an FLM-x feed through a URL, but for those that don’t they send the very latest information in a CSV file. Ironically, Sánchez González said Cinemex is updating their TDL more frequently than some of the service providers who are sending them KDMs each week. This results in the wrong key being delivered to a multiplex because the service provider is using older information than what Cinemex sent them.

Even so Sánchez González said, “We are having fewer wrong keys and faster delivery of new ones when a server is changed.”

I also asked whether the Universal Inbox was at all helpful with key management, believing that maybe without direct TMS integration it wouldn’t be all that useful. However, Sánchez González was quick to correct my thinking. “So far the Universal Inbox is solving the problem we have with keys coming in from some distributors when the emails containing the KDM doesn’t go directly to the TMS,” he reported. “Using the Qube Wire user interface is helping us receive the keys into the TMS automatically.”

The full case study, when published, will go into far more detail about the implementation and its results, but we wanted to give CJ readers a quick overview of how one specific platform is helping an exhibitor leap over a stumbling block the entire industry has been tripping over. Ideally, systems like Qube Wire (and others) will improve over time making it ever easier for theatre owners to operate in the digital age.

Qube and Scrabble bring electronic movie delivery to the Middle East with WireTAP installations at theatres across 14 countries
December 10, 2020